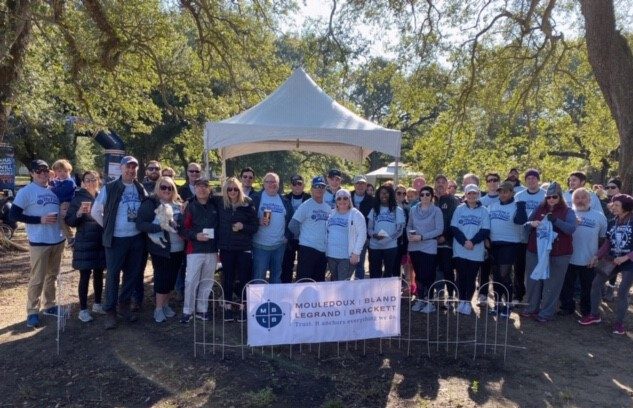 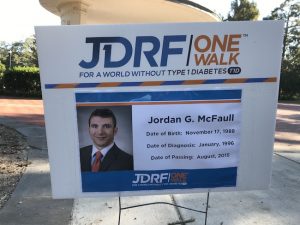 Five years ago, MBLB started participating in the JDRF One Walk as a tribute to our forever colleague, Jordan McFaull, who passed away from Type 1 Diabetes in 2015. Marching 4 McFaull continued its efforts to help the organization raise money for a cure and create a world without Type 1 Diabetes.

Our team, lead by Simone Yoder, set out with a goal of raising $12,000. With 92 contributors, we were able to exceed our goal and donate $14,074 to the cause. Of the 91 teams who joined the walk, Marching for McFaull was the number one donor and also took home first place in the corporate t-shirt contest. Overall, the event had 631 participants and raised $199,513 for Juvenile Diabetes.

MBLB has formally adopted JDRF as the firm’s philanthropic charity.

Jordan McFaull, who was a graduate of Tulane University and Loyola University College of Law, joined MBLB after passing the bar in 2014. He passed away unexpectedly in 2015 as a result of complications from Type 1 Diabetes. Jordan was an industrious and resourceful attorney and a cheerful addition to our firm. He is missed by everyone with whom he worked.

THANK YOU FOR YOUR SUPPORT!

As Jordan’s father, Rod McFaull, wrote to us after the 2016 One Walk,

“Diabetes is a devastating disease, much more than people realize. I am so thankful for the firm’s willingness to help defeat this terrible disease in Jordan’s name. As the firm’s goal kept rising and being met and then surpassed again, I sensed Jordan’s spirit saying: “… press on, press on, and don’t stop.”

Thank you to everyone who supported the cause and our friend, Jordan!