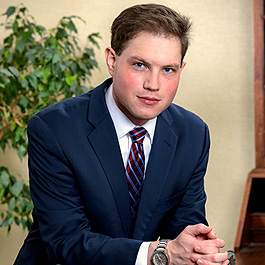 As noted about Joe in New Orleans CityBusiness:

Joseph Trytten works in Mouledoux, Bland, Legrand & Brackett’s general casualty group and practices in the areas of insurance defense and maritime litigation. He also practices municipal law and was included in New Orleans Magazine 2021 Top Lawyers for this practice area.

Trytten established himself as a leader while at Tulane University Law School. He was inducted into the Order of the Barristers for his contributions as a Moot Court competitor and coach, and for his service as an elected administrative justice for the Moot Court program at Tulane. As president and site coordinator for the law school’s implementation of the Internal Revenue Service’s Volunteer Income Tax Assistance (VITA) program, he martialed a team of volunteers to provide pro bono tax preparation services in the New Orleans community.

Trytten had the distinction of clerking for the National Aeronautics and Space Administration’s Kennedy Space Center Office of the Chief Counsel while he was in law school.