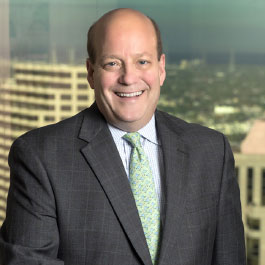 Georges M. Legrand, one of the founding members of Mouledoux, Bland, Legrand & Brackett, was recently inducted into the New Orleans CityBusiness 2021 “Leadership in Law” Hall of Fame. The entrance requirement is recognition in three “Leadership in Law” classes. Even though Georges is no longer eligible to be selected as an honoree, his contribution to his profession and his place in the community persists.

As noted in a special “Leadership in Law” 2021 insert in New Orleans CityBusiness, “The 17th edition of “Leadership in Law” stands as a record of local professionals who have distinguished themselves within the legal industry as well as the larger community. Their work encompasses a variety of commercial and public interests, and their expertise reveals how the legal industry has evolved just in the short time CityBusiness has recognized the top attorneys in the region.”

“Leadership in Law” identifies individuals in four categories: court-associated professionals, including judges, magistrates, clerks and support personnel; educators, both in the law school setting and professional realm; firm-associated, which includes attorneys, paralegals and other staff professionals; and in-house counsel, which include full-time representation of for-profit companies, nonprofits and governmental entities.

Georges chatted with reporter Jenny Peterson to discuss how both his legal career and the firm that he co-founded have evolved over the years.

Georges Legrand knows firsthand that maritime law is not a typical 9 to 5 job; he’s been called in the middle of the night by his corporate and insurance company clients to head out on the water to a site following an incident.

“It’s very different from, say, an auto accident where you call the police, they do a report, a driver is cited; in a marine incident, although the Coast Guard has primary responsibility, they typically don’t issue a report for months if not years, so it’s common for clients, if there are any significant casualties, to say, ‘We want our lawyers there,'” Legrand said. “Boats and barges and ships are operating 24 hours a day. I’ve been on boats and barges in the middle of the night in stormy weather. You get a call at 4 in the morning, and they need you out there.”

Legrand gained experience in the maritime specialty in the 1980s. He and three other associates working at a firm decided to branch out on their own in the late 1990s to start the firm Mouledoux, Bland, Legrand & Brackett. The firm is celebrating its 25th anniversary.

“To a great extent, maritime law is court-create as opposed to legislatively-created; you always have a new court decision you need to keep abreast of,” Legrand said. “A judge once said, ‘maritime law ebbs and flows like the tide.'”

Outside of work, Legrand is active at St. Catherine of Siena Catholic Church, serving as chairman of the pastoral council.