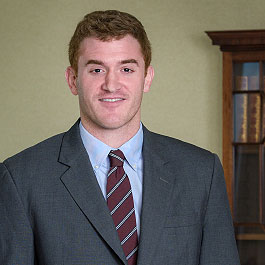 Associate Eric Winder Sella will be providing the opening remarks for the United States Naturalization Ceremony to be held on Thursday, August 9, 2018 in the Ceremonial Courtroom of the United States District Court for the Eastern District of Louisiana before Hon. Judge Daniel E. Knowles, III. Held in the Eastern District approximately five times per year, these ceremonies are the culmination of months, sometimes years, of travel, work, study, and preparation by prospective citizens coming from all over the world and for many different reasons. The day sees immigrants become naturalized citizens of the United States on taking the oath of citizenship.

The New Orleans Bar Association is tasked with sending a speaker to the Naturalization Ceremonies and has delegated the responsibility to the Young Lawyers’ Section, where Eric is a member on the Executive Council. Eric is a frequent speaker at these ceremonies and always enjoys the opportunity to expound upon our country’s motto, “Out of many, one.”