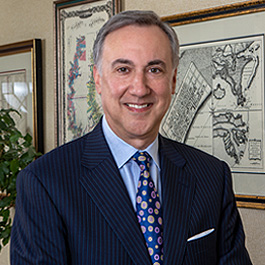 Alan G. Brackett, a founder and Managing Member of the firm, was inducted into the New Orleans CityBusiness 2020 Leadership in Law Hall of Fame at a virtual awards ceremony on October 5. The entrance requirement is recognition in three Leadership in Law classes. Even though Alan is no longer eligible to be selected as an honoree, his contribution to his profession and his place in the community persists.

As noted in a special “Leadership in Law” 2020 insert in New Orleans CityBusiness, “The 16th edition of “Leadership in Law” stands as a record of local professionals who have distinguished themselves within the legal industry as well as the larger community.  Their work encompasses a variety of commercial and public interests, and their expertise reveals how the legal industry has evolved just in the short time CityBusiness has recognized the top attorneys in the region.”

“Leadership in Law” identifies individuals in four categories: court-associated professionals, including judges, magistrates, clerks and support personnel; educators, both in the law school setting and professional realm; firm-associated, which includes attorneys, paralegals and other staff professionals; and in-house counsel, which include full-time representation of for-profit companies, nonprofits and governmental entities.

Alan chatted with reporter Autumn Cafiero Giusti to discuss how both his legal career and the firm that he co-founded have evolved over the years.

As a young maritime attorney, Alan Brackett carved out a niche by taking on the cases no one else wanted.

“At the firm where I started, longshore workers’ compensation claims were considered the stepchildren of maritime work, so they were given to me to handle,” he said.

Brackett became proficient and grew that practice. After a little over a decade, he and three of the firm’s partners decided to create Mouledoux, Bland, Legrand & Brackett in 1997. Today, the firm handles state and federal workers’ compensation defense and other practice areas.

“I’m a problem solver and consensus builder by nature, so the practice of law was a really good fit for me,” he said. “I like being able to solve problems for my clients and get the best possible outcome for them.”

Under Brackett’s leadership, the firm has tripled in size. He played a key role in developing practices in specialized areas of the law, including the Longshore and Harbor Workers’ Compensation Act, the federal workers compensation scheme available to workers injured on navigable waters of the United States. He also helped develop the Defense Base Act and the War Hazards Compensation Act [practices], both of which gained importance during the wars in Iraq and Afghanistan. More recently, Brackett has helped guide the firm into a new management structure, and the firm is in the process of building a new office. (Mouledoux, Bland, Legrand & Brackett has moved into its new office since this interview.)

Brackett is outgoing secretary and incoming treasurer of the Louisiana Bar Foundation, the state’s largest funder of civil legal aid. In 2019, he received the foundation’s prestigious President’s Award in recognition of his leadership and work advancing the foundation mission.