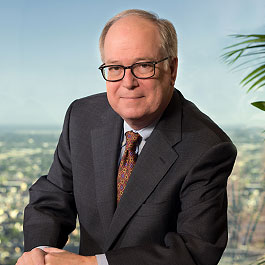 A firm founder, Member André Mouledoux is a seasoned litigator who brings his clients more than 40 years of battle-hardened experience. André’s practice focuses on maritime, insurance and transportation defense. He is also a skilled commercial and corporate counsel. He has successfully litigated serious commercial disputes and catastrophic tort cases from California to Rhode Island, the U.K. to Egypt. He has tried and won defense verdicts in a number of wrongful death, spinal injury and brain damage cases in state and federal courts. He will aggressively try those cases that need to be tried and negotiate favorable settlements in those that shouldn’t be.

As supported by the peer honors he has received, including Super Lawyers and New Orleans Magazine Top Lawyers, André has developed a reputation as one of the top attorneys in admiralty and maritime law and transportation.

You might hear André start a conversation with, “A man carrying a chihuahua walks into a bar…” Yes, he is known for his sense of humor, but don’t let it fool you. He is dead serious when it comes to the needs of his clients and his record proves it. He knows that a client’s legal problems are no laughing matter.

“I have a personal connection with my clients. I am empathetic to their issues. They appreciate my loyalty and the ability to communicate and devise a strategy that they can support in a fair and honest manner to minimize costs and maximize benefits.”

André is “old school.” He believes the practice of law is still a noble profession; that every client deserves ethical representation by a competent attorney who provides wise counsel and advocates its interests to the best of his ability.

André understands that each client is uniquely situated and that each matter demands a tailored approach that is sensitive to the client’s needs, expectations and budget.  That’s why André offers a confident, calming and cost effective solution for each anxious client’s concerns.

André is good at what he does. A radio announcer at New Orleans’ dominant radio station WWL before he became an attorney, André had top ratings for his time slot – thanks in part to an endless supply of really bad jokes!

André loves who he works with. He’s surrounded by a team of committed attorneys, administrators and staff members who strive collectively and individually to meet the highest standards of the profession and more importantly exceed the expectations of each and every client.

André cares. His values are founded on his family and his faith. He loves to spend time with his wife Eleanor and their grandchildren and devotes much energy to his inner-city church parish. André is active in many professional and charitable organizations. He has lectured law students.  He loves to speak at seminars to discuss the law and his experiences and maybe to tell a few jokes.

Clients with serious problems call André. They know that they… and not their opponents…  will have the last laugh!!

By the way, if you want the punch line for the chihuahua story, give André a call. 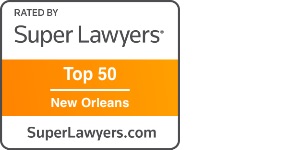 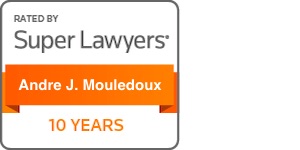