Mouledoux, Bland, Legrand & Brackett continued its support for the annual Defenders’ Memorial Day Challenge Regatta held for members of the military at the Southern Yacht Club (SYC), the second oldest yacht club in the country. The event recognizes the men and women of the U.S. Armed Forces and their families, for their devotion to duty and willingness to make the ultimate sacrifice so that we all may enjoy liberty. 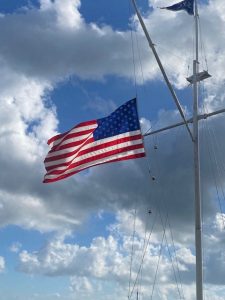 Since 2011, the firm has sponsored the Defenders Challenge Regatta. This Memorial Day marked the twelfth year of racing under glorious skies, beginning with an always poignant flag raising ceremony and led by the indomitable Cherrie Felder, the regatta chairman.

“We’re very proud to have sponsored the Defenders Challenge since it was first held in 2011,” said Alan Brackett, the Managing Member of MBLB. “It’s really gratifying to spend Memorial Day with members of the military and their families. They really enjoy the hospitality of Southern Yacht Club and the friendly rivalry between the branches our military. It’s great to be a part of that.” 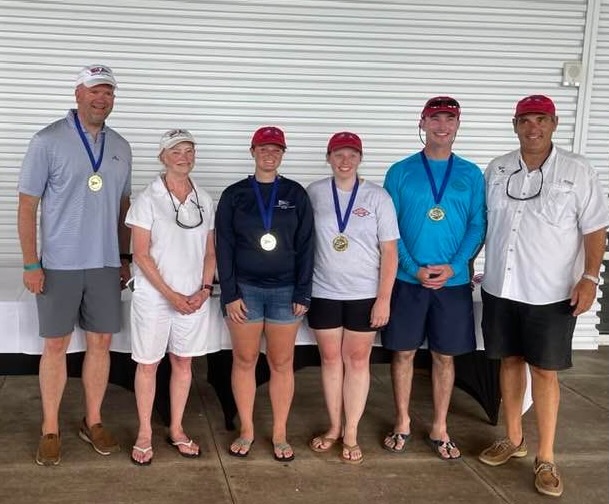 Congratulations to the United States Coast Guard team that came in first place in the 2022 Defenders Challenge at Southern Yacht Club on Memorial Day!

In the fall of 2011, the Coast Guard Foundation held a meeting at Southern Yacht Club, introducing the Coast Guard’s program for building eight new Leadership 44 training sailboats to replace the aging Luders yawls the Coast Guard Academy had acquired from the U.S. Naval Academy a number of years ago. After the presentation, Vice Commodore, Julian Richards, was talking with Foundation board member, Cherrie Felder, and suggested that Southern should do something for the Coast Guard to show their appreciation of the Coast Guard always watching out for sailors on the water. 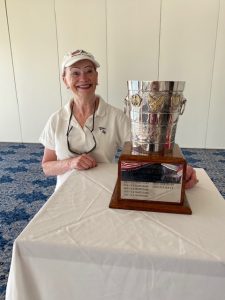 Julian mentioned a regatta tied to the Juby Wynne Memorial Day Weekend regatta, and, after agreeing with Julian, Cherrie was appointed Regatta Chairman. She contacted Capt. Peter Troedsson, an experienced sailor and then Chief of Staff for the Eighth Coast Guard District, who expressed his appreciation, but suggested that a challenge to all of the services might be more fun, and the die was cast for the first annual Defenders’ Memorial Day Challenge Regatta. Celebrating its twelfth anniversary this year, the regatta has been held every year, except for cancellation in 2018 due to Tropical Storm Alberto, and in 2020 due to the COVID-19 pandemic.