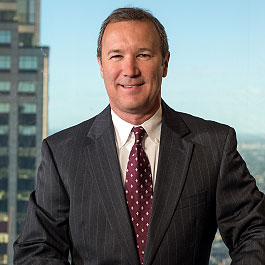 Member Dan Hoerner anchors the firm’s Lafayette, Louisiana office. He has been with Mouledoux, Bland, Legrand & Brackett since it was founded in 1997 and practiced with the firm’s founders for five years prior to that. His practice is primarily litigation-based, with emphasis on admiralty and maritime law, general casualty and insurance defense, personal injury defense, property damage claims, employer and premises liability, and contract negotiations and disputes. He has successfully represented his clients, which include companies in the insurance, shipping, and transportation industries, in state and federal district and appellate courts and before various governmental agencies.

As supported by his Super Lawyers and The Best Lawyers in America peer honors, Dan has developed a reputation as a skilled litigation attorney, who maintains the highest standards of professionalism, qualities that have attributed to him being widely recognized as one of the top litigators in the transportation and maritime industries. He is known for his goal-oriented approach to litigation. “I have a depth of experience in the areas of law in which I practice and have honed my litigation skills to enable me to resolve my clients’ cases favorably and efficiently.”

Dan is a regular contributing writer for WorkBoat Magazine’s Legal Talk column and has presented at various maritime and insurance industry events over the years.

In his personal time, Dan enjoys traveling, reading, cycling and other outdoor activities. He lives in Lafayette, Louisiana, with his wife. 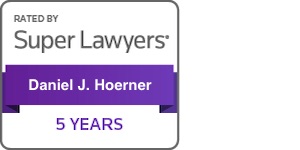